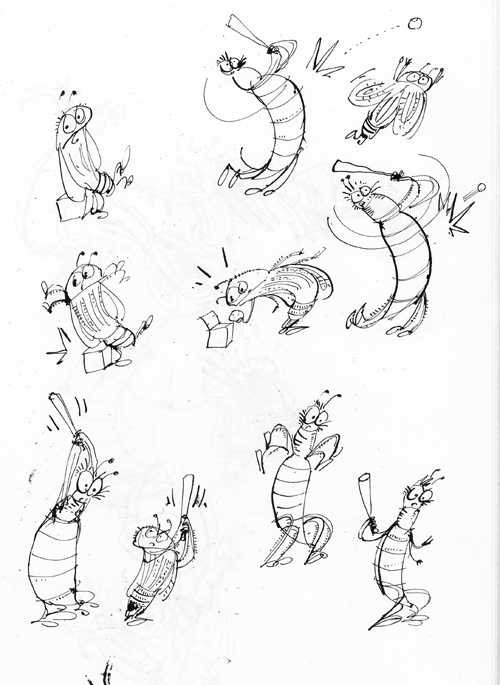 This was my first stab at the spider and the fly. Chuck liked the movement of the figures but wanted to get a little funkier with the characters. A little more attitude.
Last year I received an email from Chuck Gammage at Gammage Animation in Toronto saying that he’d bumped into my website and was interested in collaborating on an animated short. We had several phone conversations, exchanged a load of CDs generally hit it off pretty well as we are both big roots music fans. That project which will be based on the Willie Brown tune Future Blues is in the works, but several months ago, in the meantime, Chuck called me about a project for the Canadian UN, with a fairly small budget, and would I be interested? Heck yes. I was to design the characters for two shorts conveying the idea that cultural differences could be resolved through sports, or more simply, a ball. A brief outline of each spot was provided and I basically spent a day on this, generating 16 sketchbook pages of these characters in every situation I could think of that was pertinent to the storyline.

Chuck sent me the animatics which were very cool, but what really surprised me about the finishes was the soundtrack. Apparently, the people of Tuva aren’t the only ones with a tradition of throat singing. The Inuit’s do also. The soundtrack was done by an Inuit woman who provided all the sounds on these two spots with her voice. This just blows me away.

Hopefully this is the start of a long and fruitful relationship. If we can just find some clients that can look beyond the slick computer generated stuff.

The Spider and the Fly-animated by Sam Chou

The Lion and the Zebra-animated by Blair Kitchen 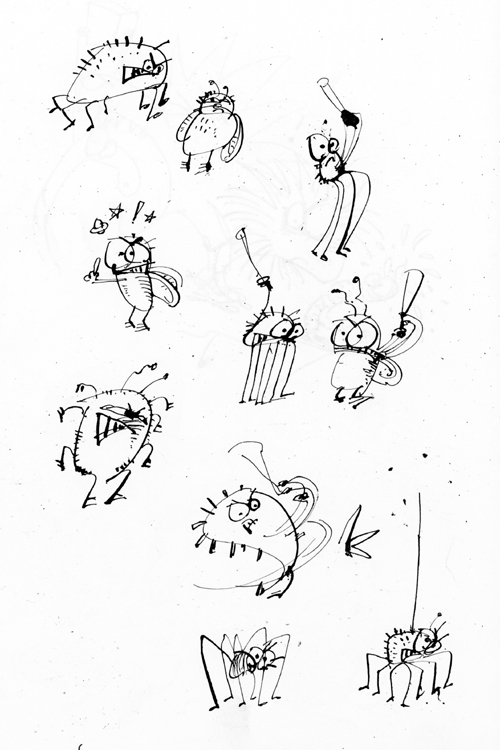 Putting my ol' Hunt 102 nib through the ringer, I tried to funkify the characters as well as simplify them. Some of these are very close to what was used in the finish. 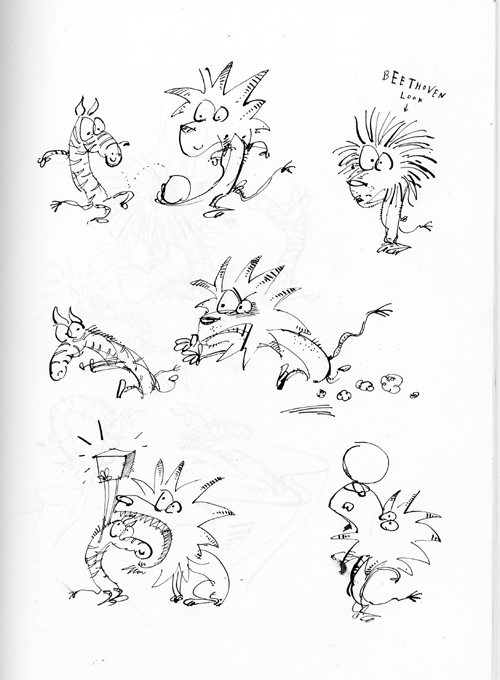 Here's a Zebra and Lion page. Lion's trying out some hairstyles.