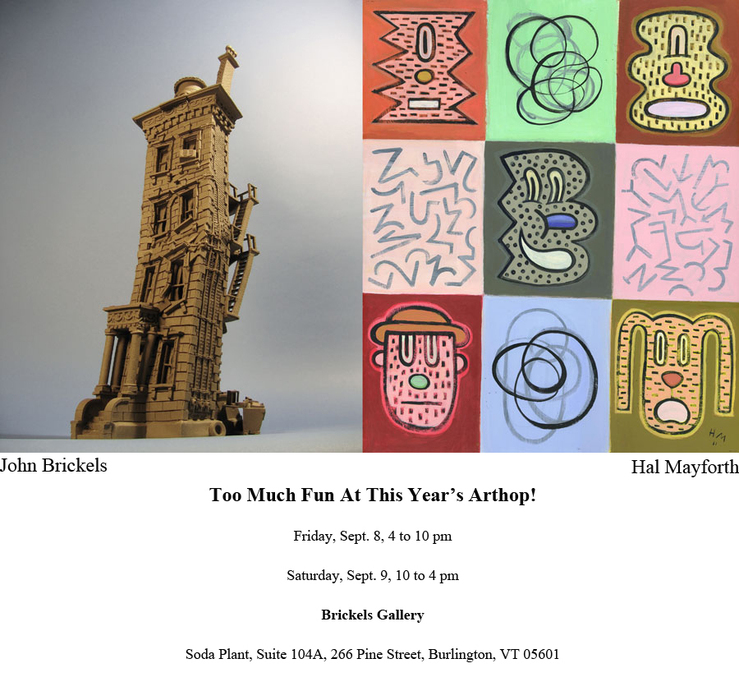 The Arthop in Burlington has become the premier art event in Vermont with over 500 artists showing at 200 venues throughout Burlington's old South End. I happened to grow up right around the corner from this, so I always look forward to this event.

This year sculptor John Brickels asked me to show my work in his gallery/studio and I jumped at the opportunity. I had met John a couple of times in passing at various art openings, but didn't know him very well. I certainly knew his work which I admired for it's sense of humor and craftsmanship.  Last April during my residency at the Vermont Studio Center, in Johnson, Vt, John and his wife, painter Wendy James, happened to have a studio right across the hall from my studio we were able to hang out for an extended period of time. Getting to know John was like meeting a long lost brother. Albeit a long lost brother who is very sarcastic.

I think John's claymobiles are particularly cool. He scours EBay for old pedal car bodies and tricks them out with suspensions and hemis, all in clay. He completed the presentation of '41 Chrysler by including a bag of oregano in the open glove compartment. Nice touch. Here's what his work looks like. Check out more at his site. 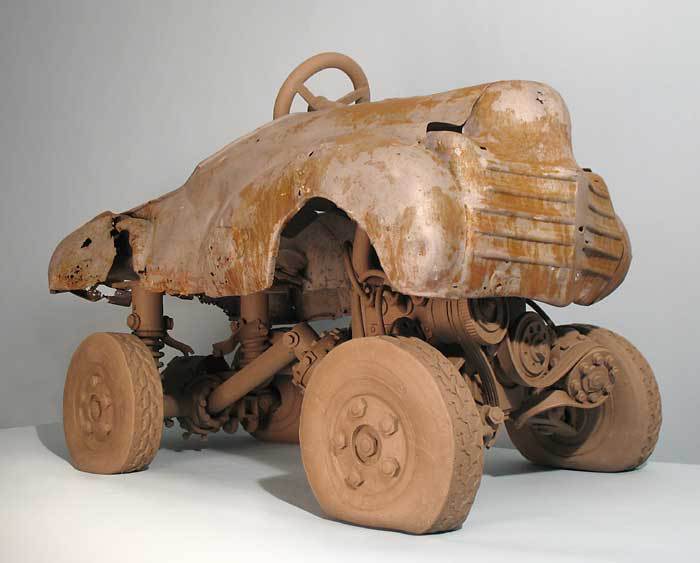 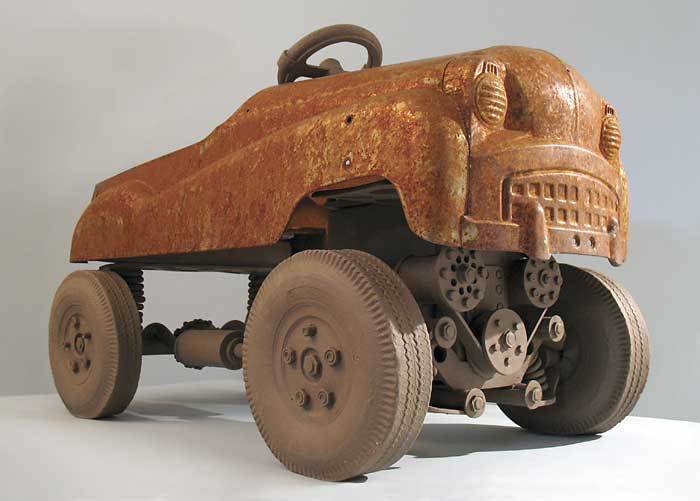 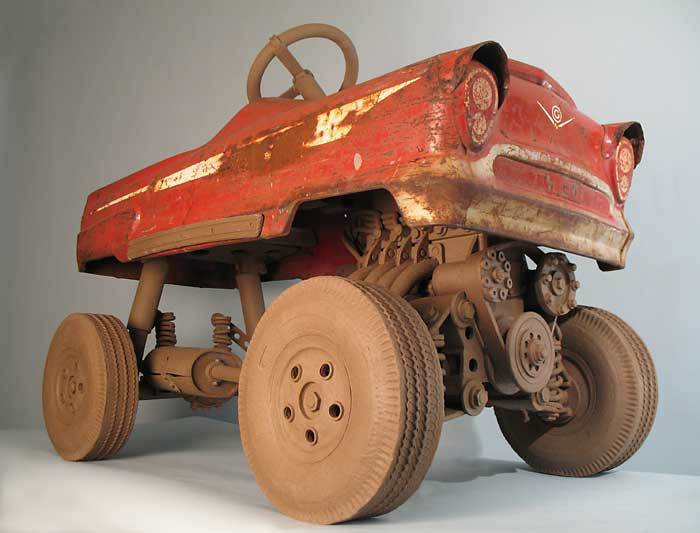 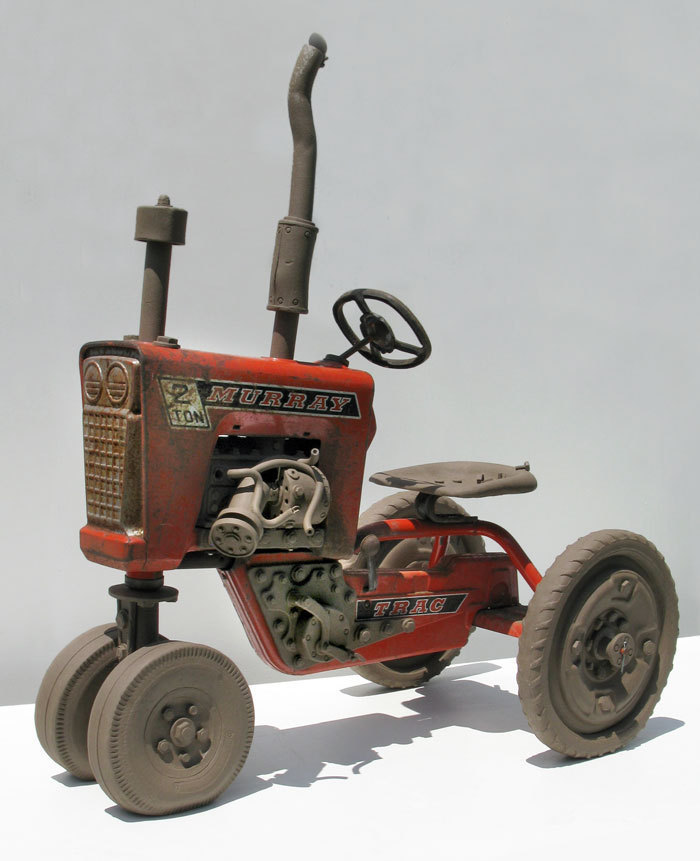 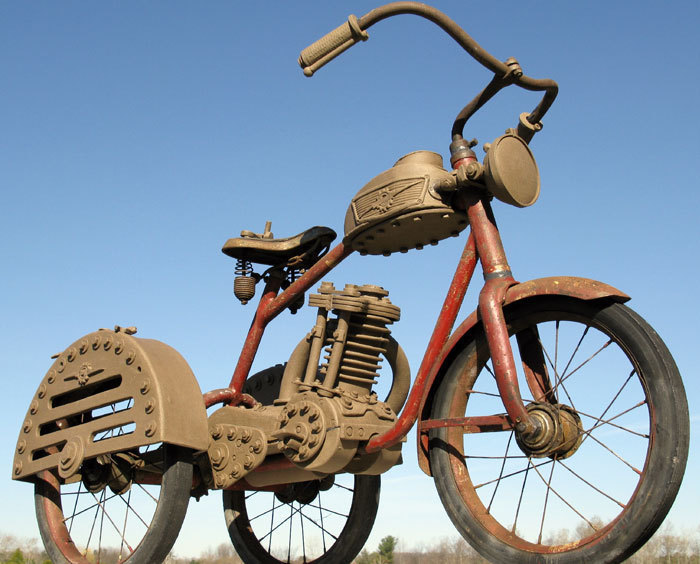 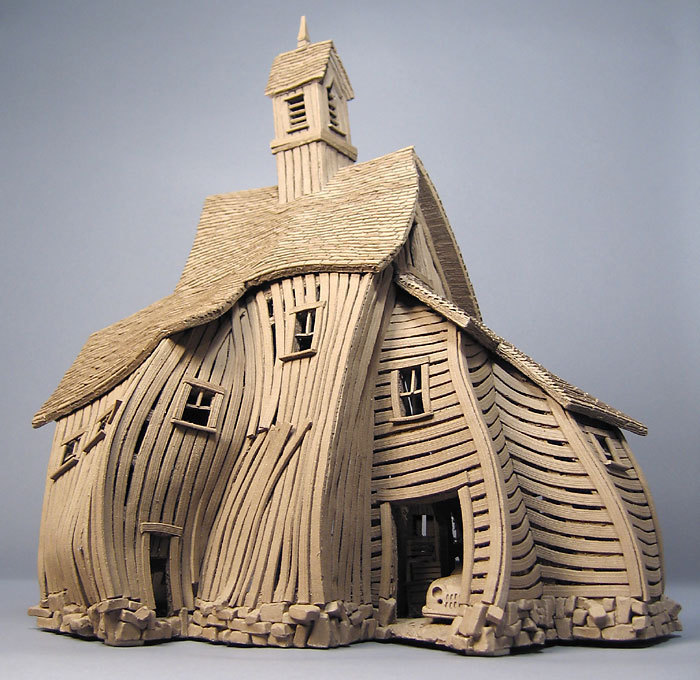 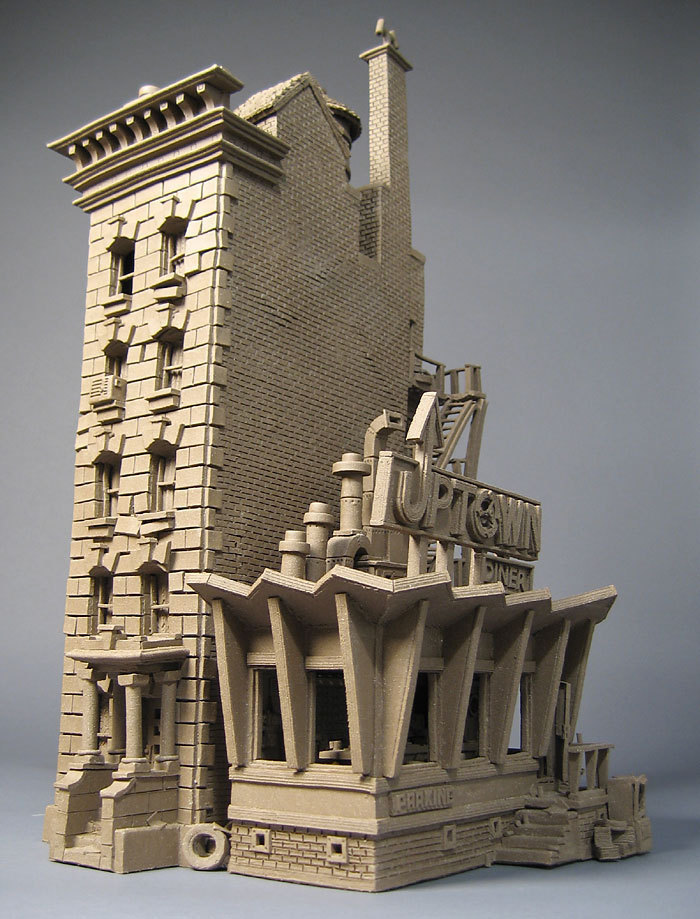